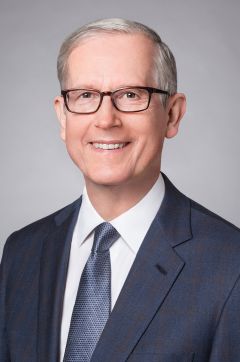 As members of the clinical staff of New York-Presbyterian/Weill Cornell, our team of experienced surgeons practice at the forefront of their respective specialties, offering patients outstanding, humane and personalized care. As faculty of Weill Cornell Medical College, these physicians are educating future generations of surgeons and advancing state-of-the-art surgical treatment. We are delighted and proud to be an active part of our institution, which is among the top-ranked clinical and medical research centers in the country. Our affiliation with a major academic medical center underscores our department’s three-pronged mission: to provide the highest quality of compassionate care, to educate the surgeons of tomorrow, and to pursue groundbreaking research.

The history of surgery at the New York Hospital, the second oldest hospital in the United States, reflects the evolution of surgery in America and is marked by some of the most extraordinary achievements in medicine. The New York Hospital was the cradle of early surgical developments and instruction in America, earning a worldwide reputation for excellence and innovation. Many of today’s practices and techniques arose from our institution. Our department continues to build upon our rich legacy of surgical innovations, making important contributions to the advancement of new surgical procedures.

Wright Post, MD, one of the first surgeons appointed to the hospital in 1792, was the first in America to successfully treat aneurysms, developing state-of-the-art surgical techniques. In 1878, Lewis Atterbury Stimson, MD, the first professor of surgery at The New York Hospital, performed the first public demonstration of an antiseptic operation in the United States. In 1898, Dr. Stimson organized the charter that established Cornell University Medical College.

William Stewart Halstead, MD, widely regarded as the founder of modern surgical residency training, was trained at The New York Hospital, under the mentorship of Henry Sands, MD, who fostered Dr. Halstead’s early interest in anatomy and surgery. Another of our distinguished earliest surgeons was Valentine Mott, MD, a pioneer in vascular surgery.

In 1932, George J. Heuer, MD, joined The New York Hospital as Chief of Surgery and established the nation’s second modern surgical training program. During the 1950’s, Frank Glenn, MD, the first Lewis Atterbury Stimson Professor of Surgery, was internationally recognized as the leading expert in biliary and cardiovascular surgery. In 1963, the first kidney transplant in the metropolitan area was performed by our hospital’s surgeons. Dr. C. Walton Lillehei, who became the Lewis Atterbury Professor of Surgery in 1967, is widely regarded as the father of heart surgery because so many of his innovations were crucial to the evolution of cardiac surgery and cardiopulmonary bypass. He also trained Norman Shumway, MD and Christiaan Barnard, MD, early pioneers of cardiac and organ transplantations.

In 1976, the hospital formed the first comprehensive Burn Center in the New York region which is today one of the largest and busiest in the nation. In 1996, we created the first pancreas transplant program in the tristate area. In 2004, we were the first in the tri-state area to perform minimally-invasive islet cell transplants to cure Type I diabetes.

Today our surgeons continue to lead the way in shaping the medical world of the 21st century, and we remain one of the most outstanding academic departments and training programs in the world.

Thank you for considering applying to our General Surgery Residency Program. To learn more about this residency program, contact us today or view the program's flip book.

Visit our Surgery YouTube channel to view our video library.